Yes, the youngsters in all three Clubs went to Mars this year and full details of what they did are in : The Mars Project Results 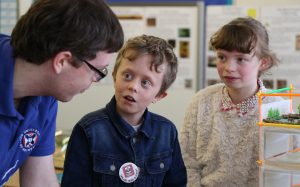 The Clubs came up with designs for a Mars Colony, built some of the models, made robots, and considered how mankind would change if we lived on Mars. We had a lot of fun, and for those of us involved we got a very clear idea of exactly how difficult it would be to live on Mars, both physically and emotionally.

We finished by showing them the Mars Exploration Zones concept video and the SpaceX Falcon Heavy Launch and inviting them to write to NASA or Mr. Musk with their impressions of the project and living on Mars. The replies are below and here are some snippets from the children :

“Dear NASA, In Tarland Young Scientists we have been working on a Mars Project and would like to give you some tips..” (Age 10)

“Dear Elon Musk, ……We watched the landing of your rocket the heavy lander and I thought it was very precise of the boosters to land on the pads. (It probably took a lot of hard work.) (Age 9)

“Dear NASA ….. I am not interested in going to space but I am interested in engineering space crafts and designing them. The science club is brilliant and I would continue for a long time.” (Age 10) 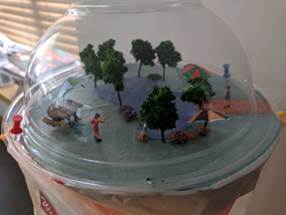 “Dear NASA ………”we think your ideas are great but we would like to make a few alterations such as the engine should be an ION engine, we should have some live animals such as chicken, fish and cows, some medical pods and EXTRA safety measures on doors, domes and everything.” (Joint letter – Ages 10 and 11)

We were delighted to receive replies from both NASA and SpaceX.