Why is this important? – the biggest disrupter of jobs and lifestyles, automating many traditionally white collar roles and transforming how we live in today’s society.

Robotics : machinery controlled by sophisticated software, which can carry out advanced tasks in environments where humans may or may not be able to operate.
Examples :  Self-driving car; Manufacturing robots; Companion, therapeutic and pet robots; Space planetary explorers; Military robots and drones.

Artificial intelligence (AI) : sophisticated software capable of “learning” and also “mining” large quantities of data. May be used in conjunction with robotics or as part of dedicated applications. Underpinned by powerful algorithms which combine mathematical sorting models with systematic and logical analysis and sequencing. 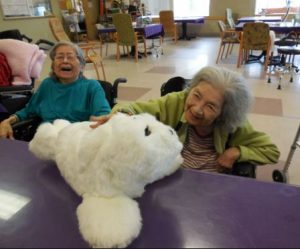 Robotic seal for use in dementia care

Skills needed : There are plenty of job opportunities within this area. Particularly useful skills include maths, physics, electronics, engineering and design, computer science.

What will push development? : Companies can provide better customer service, more efficiently and more profitably while also selling powerful products with high consumer appeal. Aging societies will need affordable care solutions. Agriculture and manufacturing already utilise and will increasingly depend on solutions that utilise both AI and robotics. Use of self-driving vehicles has the potential to reduce accidents, increase capacity on crowded roads, and in urban areas reduce air pollution and congestion. 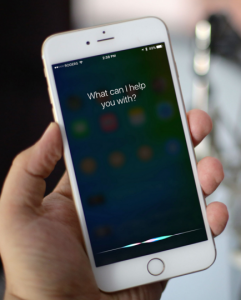 Consequences : Large loss of traditional job opportunities, estimated in the UK to be around 15 million jobs* in the next few decades (that is just under half of the current job market). Those with relevant skills will prosper, those without will be competing for lower paid jobs. (*Bank of England forecast)