Why is this important? – It encourages and supports international cooperation, and the development of leading edge technology and scientific research. 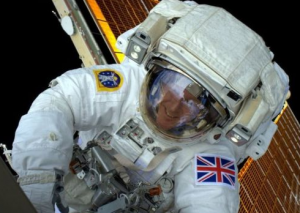 Tim Peake during his spacewalk

Space costs a fraction of the cost of social programmes and military investment* and is one area where cooperation between rival countries is excellent. It could help focus super-power rivalries on non-violent one-upmanship. There are opportunities in the design of cheap and reliable launch vehicles, explorer robots, colonisation facilities, the study of the data produced by satellites and the clean-up of near space debris.

(*These are USA stats : $1 is spent on space exploration for every $38 on military spending  and $98 on federal social spending (this excludes any spending at State level on social programmes))

Concept design for Mars base

What will push development : Commercial opportunities and usefulness. National or commercial prestige. Usefulness of the science involved. Military considerations.

Consequences : Space technology has the potential to outsource mining off-planet and to provide an “ark” if climate change is more catastrophic than predicted. Major space projects such as colonising Mars are likely to need the sort of international support that currently underpins the ISS and the Hadron large collider. This has the potential to focus effort on non-violent cooperation between rival super-powers.