Why is this important? – Entertainment is both popular, commercially profitable and spawns key technologies. Lifestyle issues such as obesity are driving research into human nutrition and health. 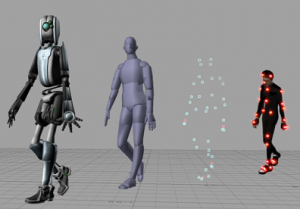 Entertainment Technology : Entertainment technologies such as Computer Graphical Imaging (CGI), Virtual Reality and 3D imaging are transforming not only entertainment such as films, television, and gaming but also have a wide range of educational and commercial applications such as medical imaging; architectural and engineering design; mathematical modelling; archaeological imaging and scientific research.

Examples : Films and TV programmes such as Iron Man, Doctor Who; Games and game apps such as Grand Theft Auto and Pokemon Go; Adverts; Reconstruction of skeletal remains; Medical teaching and surgery; Supporting research (for example the black hole simulation in the film Interstellar identified useful detail for physicists).

Sports and lifestyles : The globalisation of sports as world-wide entertainment has led to a whole shaft of new scientific insights into human performance and spawned high-technology developments in areas such as automobiles, materials, and drug detection techniques. It has helped drive research into understanding human nutrition and exercise and how to maintain healthy lifestyles.

What will push development : Consumer popularity and the ability and usefulness of modelling in 3D.

Consequences : Continuing move to graphical interfacing and imaging in education and everyday apps, with a lesser role for books and the written word.